The Lambs, ® America’s oldest professional theatrical organization, was in the spotlight this past week with two special events. The Lambs FOUNDATION WAS a visible part AND SPONSOR of the 75th Annual TheatreWorld Awards at the Neil Simon Theatre on Monday, June 3, where Nathan Lane brought down the house and raised everyone’s spirits with a  speech that was equal parts uproarious and equal parts touching and tearful when he accepted the Lifetime Achievement Award. “Do you still love it?” citing a comment made to him by George C. Scott decades earlier, Lane, after a volley of humorous repartee that left the audience guffawing repeatedly, he remarked how he found himself saying it to a young actor and with that, Lane wiped away tears. The young actor gave him the same answer he gave to Scott way-back-then, “I still do.”

One week later, a gathering of character actors appeared in the main hall of The Lambs (it’s always printed as The Lambs upper case T) for a reading of Marc Baron’s clever screenplay, “MegaBall$.” 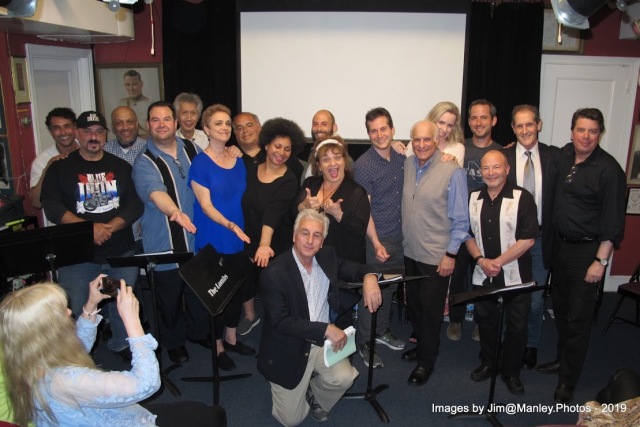 The comedy caper has already received over 20 accolades from various competitions and festivals, and Baron felt it was high-time to have it read to a room of industry professionals. He is currently SEARCHING FOR funding for the feature film of the engaging screenplay, which could easily serve as a star vehicle for seasoned professionals as well as a spring board for the next generation of film artists.

“MegaBall$” centers on a computer geek who devises a plan to MATHEMATICALLY beat the lottery system and predict the winners. His plan catches the eye of a group of ITALIAN “businessmen” interested in cashing-in, so they offer to bankroll him in return for a major cut. Applying ample portions of French farce, vaudeville, Shakespearean mistaken identity and a healthy dose of schtick, “MegaBall$” leads the audience on a merry chase for the winning lottery ticket. Stuart Green led a cast of cut-ups including schtickmeister Bob Greenberg, JOSEPH Gannascoli of “The Sopranos” fame; Dave Konig from “The Marvelous Mrs. Maisel,” and 2x SAG Award winner, Lin Tucci – a familiar face as convict Anita DeMarco in Netflix’ Orange is the New Black.”

Marc Baron was first mentored by Gene Kelly’s brother, Fred Kelly, as both a performer and director. Marc worked with Sidney Lumet and Woody Allen gaining on-set training in film directing. It was at the urging of Dustin Hoffman and Matthew Broderick on the set of “Family Business” where he also got daily insights on film directing by Sidney Lumet, who was writing his book “Making Movies.”

Along with business partner Joe Cirillo, they formed the independent film company Oroloro Entertainment. Oroloro is a palindrome which loosely translates to ‘Golden Parrot’ and is a registered trademark of the company.

Marc is the Shepherd (President) of The Lambs since 2013, America’s first professional theatrical club established in 1874 (based on a club founded in London in 1869), where he often sings, acts, and directs. Lambs FOUNDED The Actors Fund, Actors’ Equity, Screen Actors Guild, PARAMOUNT PICTURES, UNITED ARTISTS  and ASCAP, and most recently were part of the merger that created SAG-AFTRA. Lambs include a wide array of actors, singers, dancers, authors, painters, producers, playwrights – a virtual Who’s Who of entertainment and the arts.

Marc is also the president of The Lambs Foundation, an entertainment-based charity founded in 1943.  Lerner & Loewe first met at The Lambs, and Frederick Loewe left a bequest of royalties from Brigadoon to The Lambs Foundation. Marc has been serving on the NY Board of SAG/SAG-AFTRA for over 11 years. His work includes film, television, theater and musicals, cabaret, voice-over, directing and screen writing. Marc can be found on most social media. 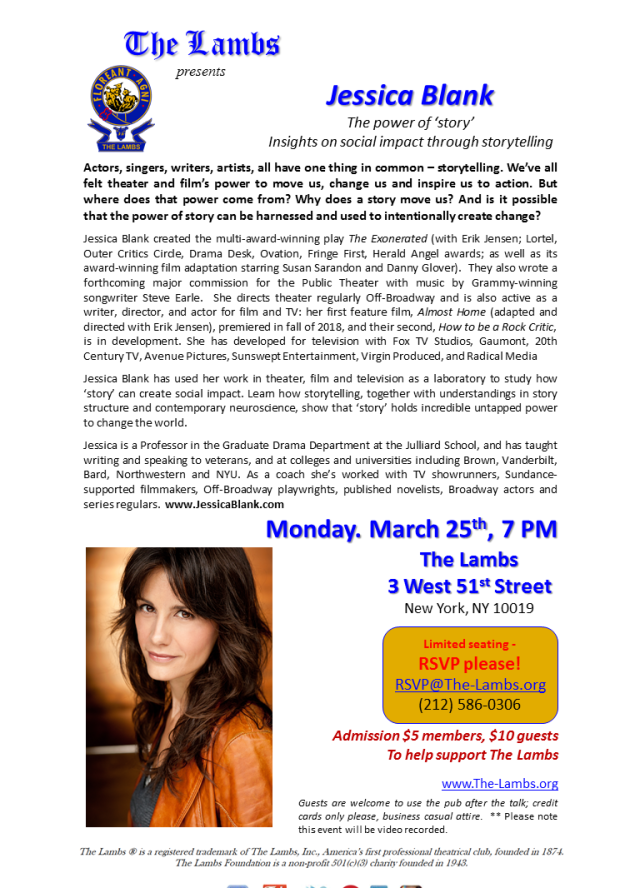 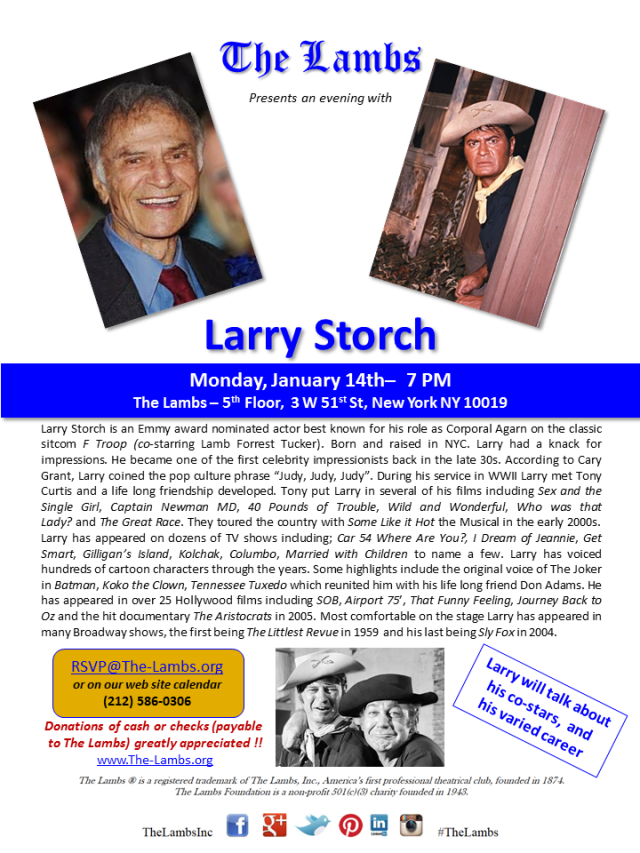 A Lambs tradition since 1874 – each Shepherd has his portrait painted while in office. We have had 35 Shepherds and have all their portraits, except for one who choose to have a bust instead. So this equates to 144 years only 35 Shepherd portraits have been unveiled making this not a common event. All the portraits, including our newest, are property of The Lambs Foundation.

The portrait of Shepherd, Marc Baron, was done by Everett Raymond Kinstler, a Lamb and American portrait artist who has painted six American presidents.

http://everettraymondkinstler.com/wordpress/
The portrait unveiling will be held Friday, Oct 12th, 7-9pm, on our fifth floor surrounded by all of our past Shepherds.
The fee for members is $15 pp, payable to The Lambs Foundation. RSVP are a must no later than Oct 9th so the catering department will know how much food to order (2 hours of pass around food); a cash bar will be available.
The evening will include a discussion by the artist,
a talk about some of The Lambs traditions by Peter Kingsley, Boy of The Lambs.
Paul Chamlin will provide music,
and members are welcome to gather around the piano to singalong.
The Lambs has been recognized by Mayor Bloomberg, Senator Gillibrand, Congressman Jerrold Nadler, Governor Andrew Cuomo and Pope John Paul II.